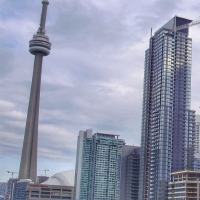 By the time a new build / pre-construction condo project’s sales center opens its doors to the public, the building can be as much as 90% sold . How does this happen? Condo developers in Toronto generally follow a simple staggered marketing formula for selling their buildings and it goes like this:

With each step along this continuum, selection of units goes down and prices tend to go up.  It might be as much as 6 months between the first friends and family event to the grand opening to the public.

There are usually only about 20-30 platinum agents in any given project. These are generally agents who have sold the most units for the developer in the past at their previous projects. They are rewarded with first access and best prices for their clients.  Often each platinum agent is given a specific “allocation” of units in the building (typically a couple of floors) for which they have exclusive rights to sell to their clients for a limited period of time.

More importantly, Platinum agents never have to wait in any lines to buy a condo in a new project.  They can often reserve a specific unit ahead of all other buyers simply by completing a worksheet.